I cannot be running mate to anybody – Goosie Tanoh

A flagbearer hopeful of the opposition National Democratic Congress has stated he cannot be “running mate to anybody” arguing that he is “capable of leading this nation”.

The presidential contender was responding to a question on Asempa Fm’s political talk show ekosiisen, on whether he would accept to partner former President Mahama for the 2020 presidential and parliamentary elections.

The former National Reform Party candidate asserted “I will not take a Veep position. I won’t be anyone’s Vice. I am capable of leading the NDC to victory”.

When asked if he thinks Mr. John Mahama has a chance to win power for the opposition NDC in 2020, Mr. Tanoh responded that “Mr. Mahama can no longer win elections in Ghana”. He added “bringing back Mr. Mahama is try and error “.

Goosie Tanoh is among 11 top guns of the NDC seeking to lead the party into the 2020 elections against President Akufo-Addo of the NPP.

The opposition NDC is hoping to capitalize on some of the unfulfilled promises of the NPP to clinch power in the next polls. 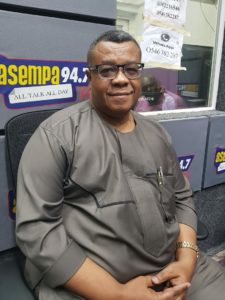