Minority parliamentarians have accused government of insensitivity towards the plight of cocoa farmers over the decision not to increase producer price of cocoa for the 2018/19 cocoa season.

Member of Finance Committee of Parliament, Richard Acheampong, is challenging the Ghana Cocoa Board (Cocobod) to cut down on its high operational cost and rather channel that money to farmers.

The disappointed National Democratic Congress (NDC) MP for Bia East said the farmers were expecting at least ¢500 and being paid some benefits in kind so government must do better.

His comments follow the Agric minister Dr Akoto Owusu Afriyie announced on Monday that government will maintain the price of each bag of cocoa at ¢475. 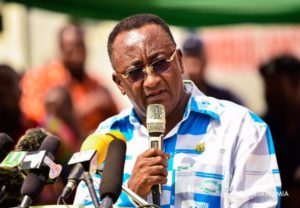 Government says it is unable to increase prices despite the depreciating value of the cedis because of the declining price of the commodity on the world market.

According to the Cocobod PRO, Noah Amenya, said farmers have to appreciate that despite the low world prices, what they are receiving has been maintained not reduced.

He said the Productivity Enhancement Programme will allow the farmers to harvest more than they would previously which eventually boost their revenues.

But Mr Acheampong said cocoa farmers are paid in cash and in-kind so if government wants to raise the issue of the world market of the product declining, there are other ways to make it up. 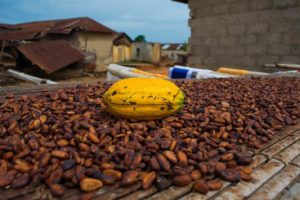 “Under the previous administration, the farmers were getting fertilizers and other chemicals for free to spray their farms on time, but now all the free fertilizer distribution has been stopped. The farmers are told to buy it for ¢80,” he said.

The Bia MP says from the way things are going with the economy, it is only fair for the farmers to ask for more to enable them to live a decent life.

He is questioning why administrative cost and expenses at Cocobod headquarters has shot up without a corresponding increase in cocoa prices.

“Why increase the administrative cost for those sitting in air conditioners at the headquarters when the poor cocoa farmers who produce the cocoa for them to enjoy those things are not rewarded?” he quizzed.

He also shot down government’s argument of using hand pollination to increase yield because “this method is not 100% and it is not every farmer who is benefitting from it.”

Mr Acheampong said government must be innovative and find other means to shore up the revenues of the cocoa farmers.

“Government should find money because that is why we established the Stabilization Fund so that when we are making a profit you put some aside as a buffer for days like these,” he added.

Meanwhile, presidential hopeful of the NDC Prof. Joshua Alabi has promised cocoa farmers that his government will pay the highest producer price in the world if he is elected.