The Students’ Representative Council (SRC) of the Kwame Nkrumah University of Science and Technology (KNUST) has begun its demonstration in protest of the university’s management following the arrest of 10 students and one alum of the school.

As part of the demonstration, the students are expected to boycott lectures.

Most of the students are clad in red and they have mounted barricades on some roads on the campus.

Not all students participated in protest as some were seen leaving for lectures. 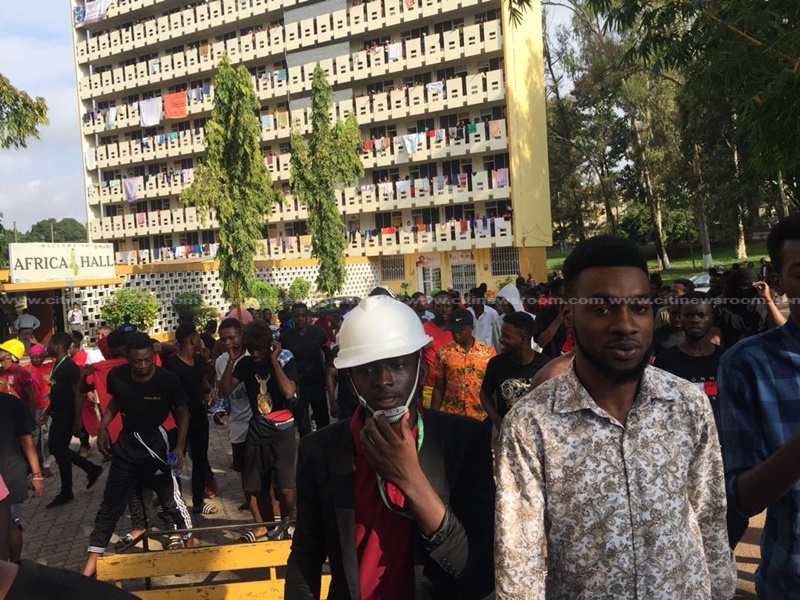 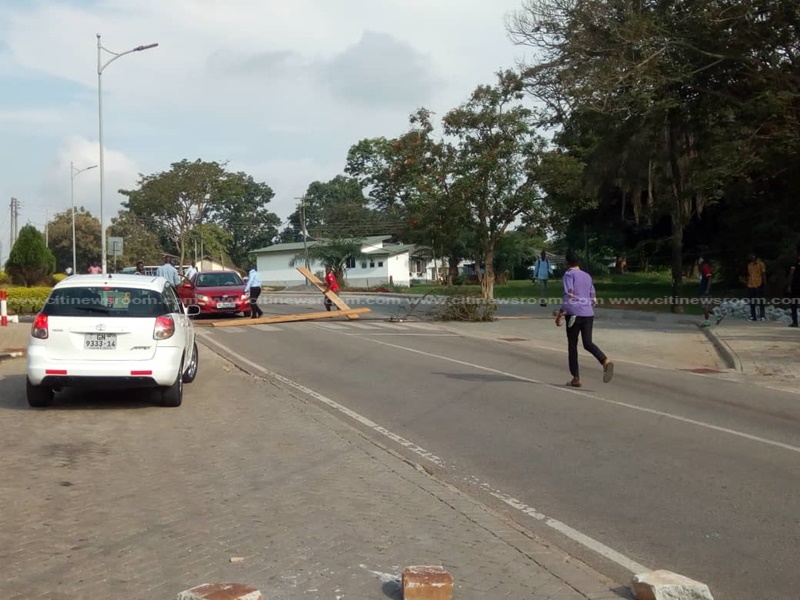 The executive council of the SRC said the demonstration was necessary to end the management’s neglect of students.

The students were arrested for a holding vigil on campus last Friday without permission according to the school authorities.

One other student who was allegedly manhandled by the internal security is currently on admission at the KNUST hospital. 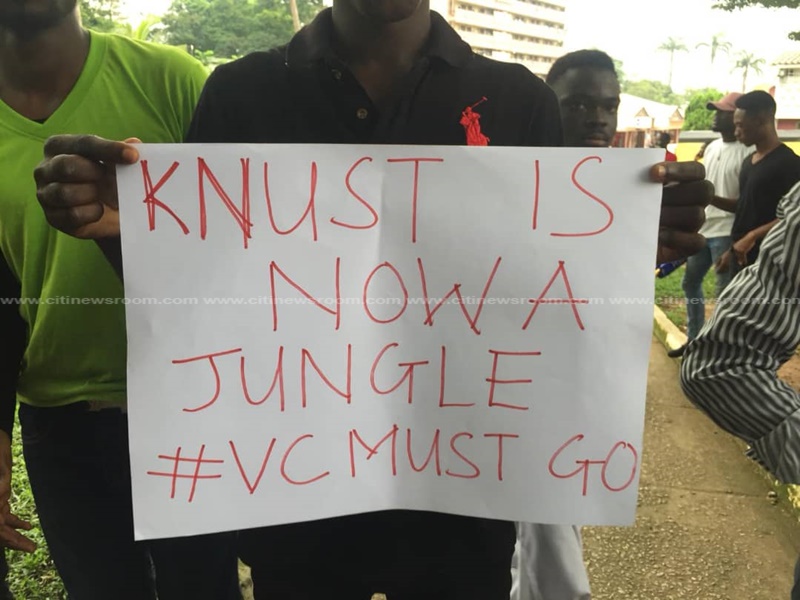 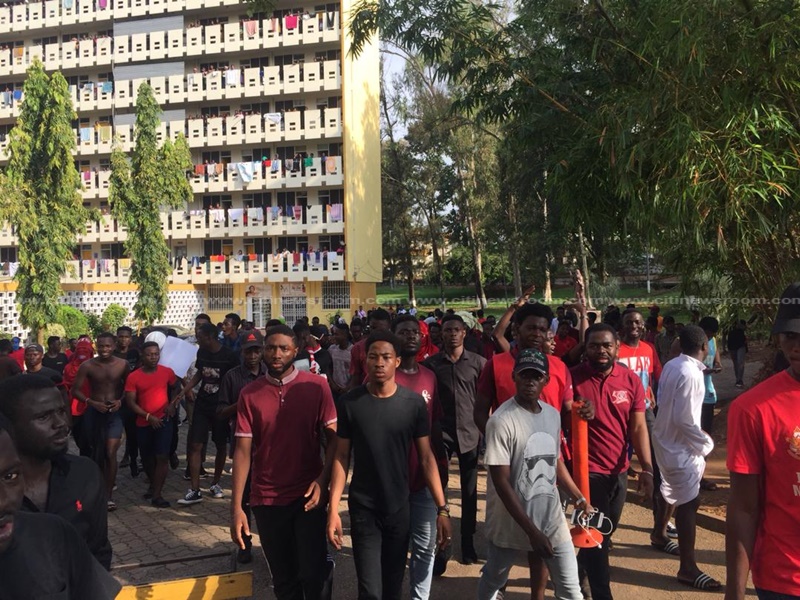 The arrest came after the KNUST management served notice that it had suspended the organisation of vigils (morales) in the school.

The management said this was because of “several negative issues encountered recently with respect to morales in the hall.”

The arrests angered some parents and guardians who accused the authorities of intimidation. 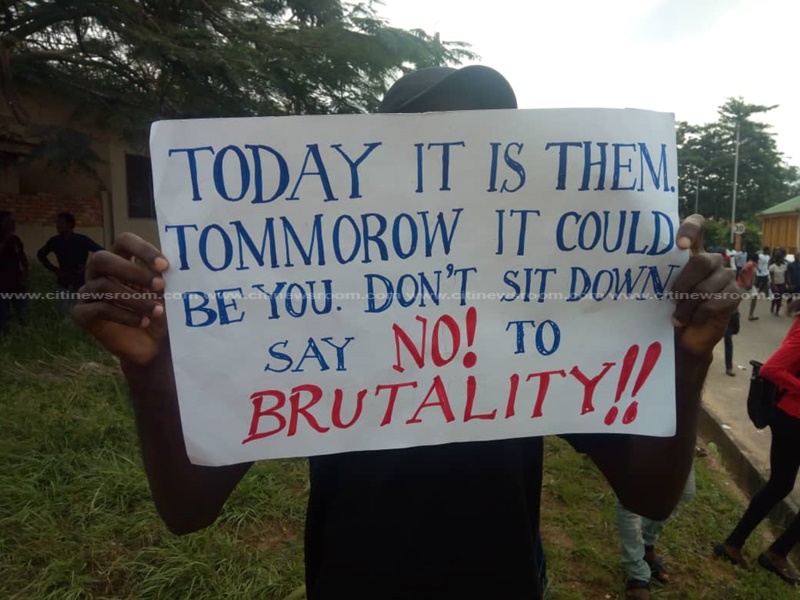 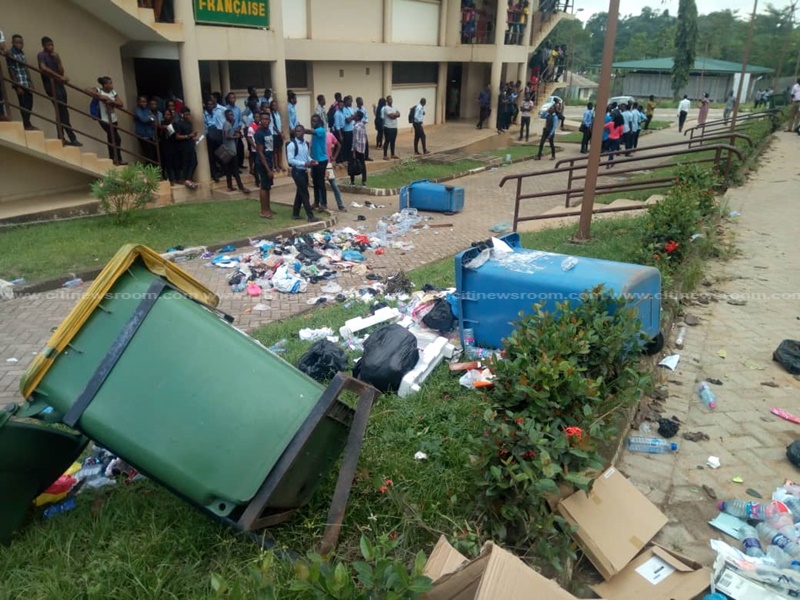 Some of the protestors called for the removal of the Vice-Chancellor.

The SRC said the actions of the campus security and the police officers were a “gross deviation” because the two agencies were rather to protect them.

The council also promised students that it would ensure the security officers who allegedly manhandled students were held accountable whilst urging them to hence students should remain calm.

“We call for calm from all students in the university in the wake of these rather despicable happenings as we seek justice for all affected. As the main representative body of students on campus, we remain poised to exhaust all available channels to make sure all security officers found guilty are duly penalized.”

The KNUST management however justified the arrests.

The University’s Public Relations Officer, Kwame Yeboah, told Citi News the affected students did not seek permission before undertaking the vigil, contrary to the rules of the university.

“The university thinks certain activities in the night should not be entertained. Some other activities are permitted because the students applied for permission. But there was no permission for last Friday’s activity. The students decided to go their own way. They decided not to obey any rules or regulations on campus, and the law doesn’t permit that. So when it happened, the police were brought in,” he said.

In November 2017, the Ashanti Regional Police Command probed some of its officers after they were said to have brutalised some KNUST students

There was video footage of police beating some of the students after they were arrested.

The command has condemned the actions of the officers and described their conduct as “unprofessional”.

The officers on November 25, 2017, arrested eight students of the KNUST for rioting and causing damage to vehicles around the Baba Yara Sports Stadium.