Let’s tighten our belt for our children – Finance minister

In an exhortation at the Royal House chapel in Accra Sunday, the Finance minister conceded that “times are difficult but we need to look beyond today to get to where we want to get to”. 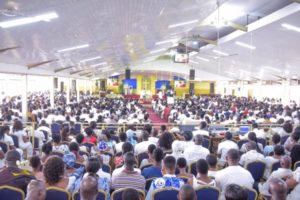 One of the aims of government that requires the tightening of belts is education, he said explaining its flagship policy free Senior High School has been a huge but worthwhile drain on government resources.

“The value that we are creating is important”, he told the congregants and explained beneficiaries of the education policy have shot up from 90,000 to 180,000 students within two years of implementation.

“What does that mean? It means we are having to go to sacrifice…when we are investing in our children it is greater than the sacrifices we may be having”.

The budget for the free SHS was increased from GHS400 million in 2017 to GHS 1.2 billion in the 2018 budget, and government remains under pressure to find sustainable source of funding for the flagship policy.

Explaining why investment in education is “so critical”, the Finance minister said his life changed when while living in Kyebi in the Eastern region, his father finally owned up to his responsibilities.

“It is only when I got that Akufo-Addo type of scholarship that is when my father decided that oh, that boy is mine and then brought me to Accra and…took me to Legon primary…”, he said and gave thanks to God. 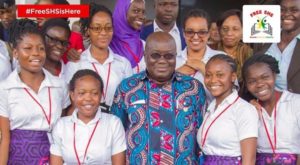 He also found much more freedom to dish out Bible verses he often shares with MPs whenever he goes to Parliament.

He picked Hebrews 10:25, that asks Christians to think about ways to encourage one another and explained Ghanaians should be inspired by the government’s determination to create a ‘land of opportunity and an empowered citizenry’.

Ken Ofori-Atta said despite the miraculous work of God in parting the Red Sea for the Israelites en route to their promised land, the people soon began complaining, he picked another Bible story from Exodus.

“The complaints was so high that they wanted to go back to Egypt. And it is so easy to fall into that trap”, he explained scriptures to gasps within the audience.

His admonition comes days after former President Mahama suggested he would go back to the practice of parents paying for fees and indicated the implementation of free SHS was ill-timed. 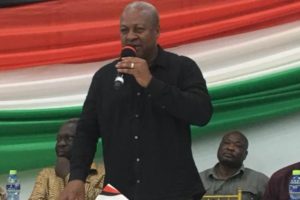 “I beg of you that we really should think about where Ghana should be” he said and revealed his excitement about the country’s future.

“It is a country of opportunities, leadership and with a destiny that nobody should stop us from”, the Finance minister, arguably President Akufo-Addo’s most trusted hands said.

He urged Ghanaians not to “belittle” Ghana’s destiny with a mindset of impossibility, reminding Christians of 2 Timothy 1:7 where believers are urged to shake off feelings of timidity and embrace self-discipline and courage.

The Finance minister’s admission of economic difficulties comes days after the President also conceded the country is facing difficulty. Since President Akufo-Addo came to power in January 2017, petroleum prices have increased cumulatively by more than 28%.

The cedi has lost 7% of its value in 2018 and has shot up beyond the dread five cedi to a dollar mark. It has led to increases in fuel prices and increasing criticism against the government.

Seven local banks have also collapsed after the regulator , the Bank of Ghana, withdrew their licences over poor liquidity. This has led to the loss of some 3,000 jobs according to conservative estimates.

The collapse of the banks has affected some complimentary industries like private security companies who deployed security personnel at the banks, catering companies which provided meals to staff.

Media houses linked to some of the defunct banks have also laid off workers in their hundreds.

NDC’s HAWKS CLASH WITH MILITARY IN THE PRESENCE OF JOHN MAHAMA.