Former President John Dramani Mahama will from Wednesday embark on a 4-day tour of the Central Region.

The tour forms part of his preparations to canvas votes to lead the National Democratic Congress (NDC) as its flagbearer for the 2020 elections.

JoyNewsRoom has intercepted the document dubbed “Itinerary for JM’s Campaign Tour in CR”. The tour is expected to touch base with all the districts in the Region. 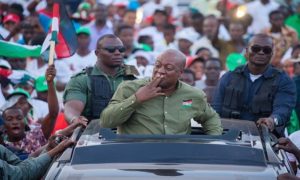 Read below the details of the tour:

The former Statesman turned flagbearer aspirant is tipped to win massively against his rivals in the NDC primary. The former President lost to the NPP in the last election.

Many analysts argue that Mr. John Mahama will not recover from the corruption and incompetence tag. These twin tag characterized the regime of the former President.