NABCO CEO on a nationwide tour of programme

The Chief Executive Officer of the Nation Builders Corps is on a nationwide monitoring tour to ascertain for himself first-hand how the implementation of the programme has been.

He is scheduled to interact with some of the trainees to see how they are doing at their various workplaces, interact with module implementing partners, the media and staff of the Nation Builders Corps in the region.

The Chief Executive Officer spent two days in the Upper East Region which was from the 6thto the 7th of June 2019. Six districts and municipalities were visited across the three zones of the region namely Kassena Nankana West, Kassena Nankana Municipal, Bolgatanga Municipal, Bongo, Bawku West and Bawku Municipal.

All six Nabco offices in the districts and municipalities allocated by the local assembly were visited by the CEO to determine the conditions of these offices allocated to Coordinators and the organization.

At Kassena Nankana District West, the CEO paid a courtesy call on the District Chief Executive, Offices of the Ministry of Food and Agriculture in the district, Kassena Nankana West District offices to interact with trainees placed at some departments including the planning unit, Paga border to interact with trainees placed at the border supporting the Customs division of the Ghana Revenue Authority in Revenue Mobilization and border patrols 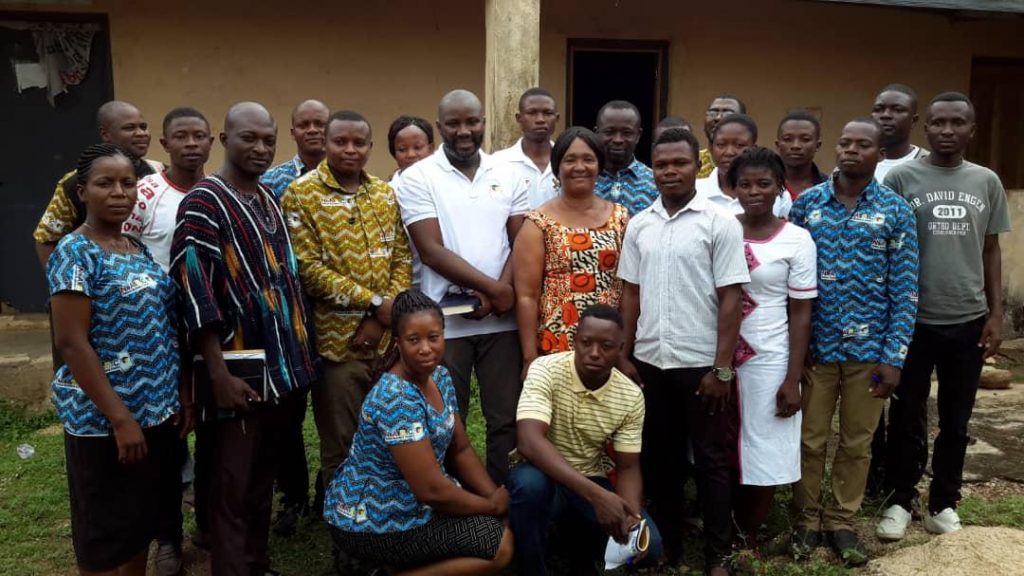 The next stop was at Kassena Nankana East District. At the district, the CEO called on the Municipal Chief Executive who doubles as the Dean of MMDCEs in the region, Finance department of the Assembly to interact with Revenue mobilization officers and the finance officer to ascertain the impact of the Revenue Mobilization Officers in revenue generation for the Assembly. The Presbyterian Primary school was visited.

In the Bawku West District, the CEO paid a courtesy call on the District Chief Executive. He visited trainees in some departments at the Assembly and also visited trainees at the Zebilla border where they are supporting the Customs division of the Ghana Revenue Authority with revenue mobilization and border patrols

Final stop in the Region was at the Bolgatanga Municipal. Here the CEO paid courtesy call on the deputy coordinating director in the absence of the Municipal Chief Executive. He interacted with a cross-section of trainees at the Assembly premises.

The visit of the CEO to the region was very fruitful and engaging; it provided him the opportunity to know the status of the offices allocated for district coordinators which would guide the CEO in pursuing funds to make the offices habitable. The CEO took advantage of the tour to assure trainees the Nation Builders Corps secretariat is doing everything possible to make the payment of their stipends regular and to ensure when opportunities arise for permanent employment they would be considered but that would depend on the commitment and hard work the trainees demonstrate.

The trainees on the other hand thanked the CEO and the team for coming all the way to their various institutions to see how they were doing and prayed to the almighty to continue to guide and protect him as he continues his tour of the country to interact with trainees, the media, module implementation partners and staff of NABCO.

Module Implementation partners, the media and staff of the Nation Builders Corps commended the CEO for coming all the way to monitor and see the progress the NABCO program has made in the region whiles noting the challenges they face as a region.