Tension is mounting in the Upper West Regional Office of the ruling New Patriotic Party (NPP) as the party members are up in arms against the regional Chairman of the party, SB Kangberee.

The party members are accusing the chairman of being vindictive and a disappointment.

Their anger stems from yesterday’s suspension of the Nadowli/Kaleo Constituency Chairman of the party, Martin Andonye who the regional disciplinary committee accused of wrongfully terminating the appointment of some Constituency executives.

Mr. Andonye about a week ago issued an indefinite suspension letter to the party’s 2016 parliamentary candidate for the Nadowli/Kaleo Constituency, Elvis Botah, accusing him of gross misconduct and disrespect for party elders and patrons among others.

But it seems Mr. Andonye’s suspension yesterday by the party’s regional executives has not gone down well with the Members of the party.

This morning they thronged the party Office chanting and calling for the removal of the regional Chairman.

See below pictures from the party’s office in the regional capital, Wa. 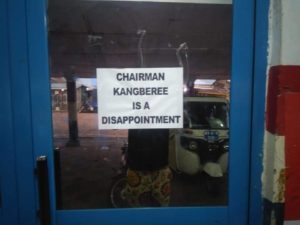 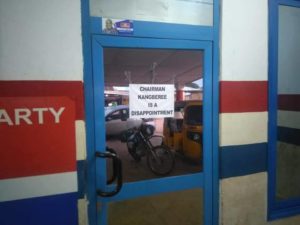 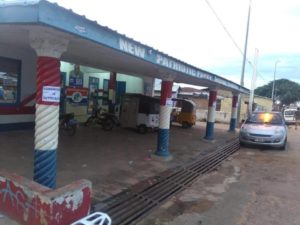