The founder of the party in opposition urged the media platforms carrying the story of his endorsement of some candidates to crosscheck such facts “to avoid the dissemination of false and propaganda related material”. 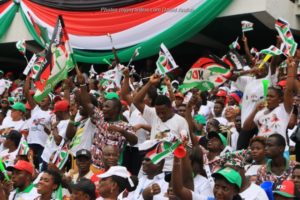 “The Founder of the NDC wishes to make it clear that he has not endorsed any individual or group vying for roles in the party,” a statement released by Mr Rawlings’ communications directorate said.

“He reiterates that the consultative process which was initiated by the Council of Elders will not be stampeded. This should allow the party to pave way for the emergence of true and committed patriots, whose object and focus is to re-establish the noble core of our tradition and values,” the statement added.

The NDC is expected to go to polls to elect its National electives in November, 2018 and follow that up with the Flagbearer elections on December, 7. 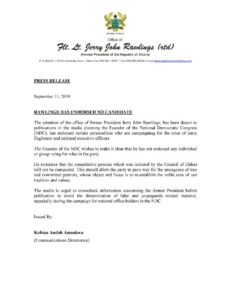