ICU warns politicians against fuel politics; both parties have failed us

The Industrial and Commercial Union (ICU) says it will no longer countenance false promises by politicians to reduce fuel prices if voted into office.

According to General Secretary, Solomon Kotei, both past and present governments have failed to live up to that promise whenever they assume the reins of power

Mr. Kotei says the ICU, which is the largest Union in Ghana with over 5,000 members from all over the country, has resolved to reject any such promise in the future.

“So we at ICU are saying that no politician will ever use fuel pricing to make any political gains against anybody because they’ve all failed,” Mr. Kotei told Super Morning Show host, Daniel Dadzie, Tuesday.

The position follows the steady rise in the price of petroleum products as petrol now sells beyond GHȼ5 per litter as projected last week by the Institute for Energy Security (IES) Ghana. This has been mainly due to the depreciating value of the local currency against the major foreign currencies especially the USD and British Pounds Sterling as well as the Euro.

The Cedi currently trades 4.76, 6.26 and 5.56 to the Dollar, the British Pound and the Euro, respectively on the interbank market. That means that oil marketing companies which import 90 per cent of the country’s fuel stock, now require more of the local currency to change into the foreign currencies to procure the product from the international market.

Unhappy with the latest development, the workers’ union feels they have been dealt with unfairly by the failure of the current administration led by President Nana Akufo-Addo, who promised during his 2016 campaign to reduce fuel prices when elected. 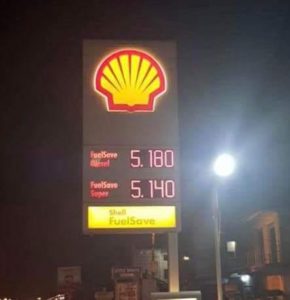 Solomon Kotei described the situation as “a major concern for both employers and employees as well…it is not pleasant [and] it also makes planning very difficult”.

However, having realised that the determination of the prices of the products is not within the mandate of any administration, the General Secretary says they will make it a policy for their members to throw out any politician with that promise to reduce petroleum product prices, going into the 2020 elections.

“…we have said as a national union, it is going to be part of our policy towards the coming elections to tell Ghanaians that any politician who will use fuel price to give any promise is a disaster and nobody should listen to them,” he asserted. 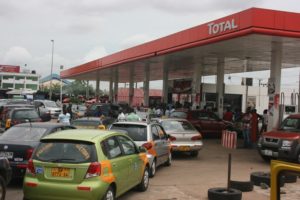 Acknowledging efforts by the government to reduce the SPT component from 17.5% to a fixed tax of 46 pesewas per litre, the IES Director said the basis for the imposition of the tax in 2014 no longer exists and, therefore, wants the President to be “sincere” with the people and scrap it wholly.

“So today, if we are getting 78 dollars [per barrel] on the world market [which] means government is getting a windfall of revenue, why don’t you take away the special petroleum tax?”

Although he concedes that the windfall will make up for losses in revenue projections, Anamua Sakyi said if the reality has dawned on the government and “…you think you can not remove it [SPT], come clean on your promise.”

”…everybody wants to play politics with it when we know we don’t control the international price of fuel,” he concluded.