MPs should not be made Ministers – Papa Owusu Ankomah

Ghana’s High Commissioner to the United Kingdom, Papa Owusu Ankomah has called for a shift from the hybrid system which allows the President to appoint the majority of his Ministers from Parliament to allow the Legislature to properly play its oversight role over the government.

Speaking to the host of Eyewitness News Umaru Sanda Amadu in an exclusive interview, Papa Owusu Ankomah said no Member of Parliament should be made a Minister.

Article 78 of the 1992 Constitution compels the President to appoint most of Ministers from Parliament, but the former Member of Parliament for Sekondi believes that given the level of authority wielded by the Executive, Parliament needs to be free from the influences of the Executive to properly do its work.

“For our democracy to be deepened and to be successful, the most important institution is Parliament because Parliament needs to exercise oversight over the Executive. For me that’s critical, especially when in our history, we defer to authority. The funds are given to the Executive, the Executive virtually controls everything in the country nad the Executive has the backing of technocrats.

“The more experienced members we have in Parliament, the better Parliament is able to exercise its particular function of oversight. That’s why I believe that it is high time we do away with our fused system, our hybrid system, picking majority of Ministers from Parliament. I believe that no Member of Parliament should be a Minister, like America. We had that during the Third Republic, we only changed in the Fourth Republic because there was a claim that the Executive was far removed from Parliament. But I think that now that we’ve deepened democracy to make checks and balances more effective, let the legislature be entirely different from the Executive.” 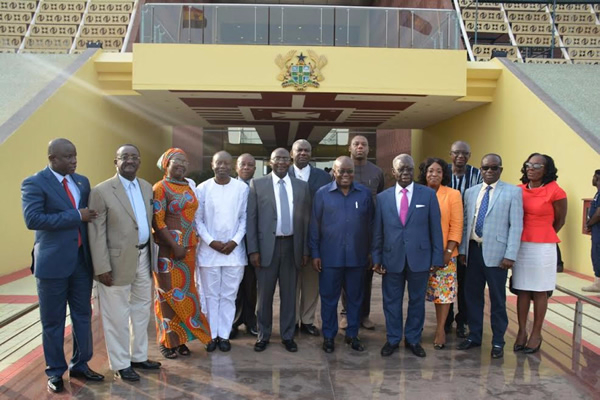 There are currently 110 Ministers, including regional Ministers and Ministers of State with a number of them doubling as Members of Parliament, including Information Minister-designate, Kojo Oppong Nkrumah who is the current MP for Ofoase-Ayirebi.

The number, which is the highest in the country’s history, has meant that a lot more MPs have had to be given Ministerial portfolios, in line with the Constitution.

Some groups have called for a change in the Constitutional provision, including Parliamentary Monitoring Organization, Odekro, who believe that the system is a big reason for absenteeism in Parliament

Papa Owusu Ankomah, who served in various Ministerial positions including stints as the Minister for Education, Science and Sports, Interior, and Justice, believes that the presence of Ministers in Parliament significantly weakens the Legislature.

“The legislature suffers more, the Executive controls everything. I’ve had an experience of being a Minister. The things that I could get down in my Constituency were done at the time when I was Minister because I was calling the shots. In our Constitution, the MP is not supposed to be the one who delivers projects, it’s the assembly. As MPs we find a way from trying to influence things.