The terminal 3 which was built at an estimated cost of $300m has been the talk of town with many Ghanaians and foreigners praising its beauty.

However, a little downpour in Accra today has exposed the facility as poorly designed. Terminal 3 has been heavily flooded with passengers looking shocked.

A video has popped up on social media which has prompted Ghanaians to taunt the former Ghanaian leader for a poor job at such a cost to the taxpayer.

JoyNewsRoom has noted some of comments.

Video and Pictures shown below 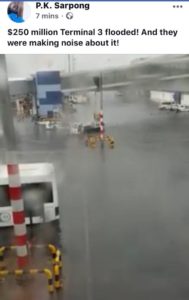 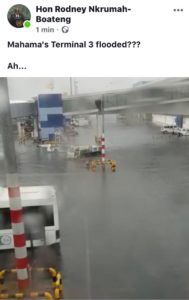 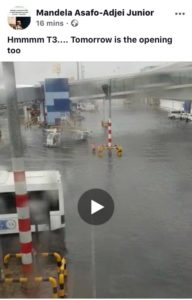 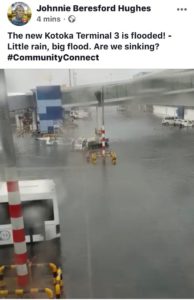 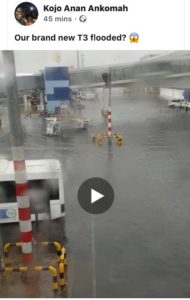 "KOJO BONSU HAS A DETERMINED SPIRIT, I ADMIRE HIM” – RAWLINGS

"KOJO BONSU HAS A DETERMINED SPIRIT, I ADMIRE HIM” – RAWLINGS